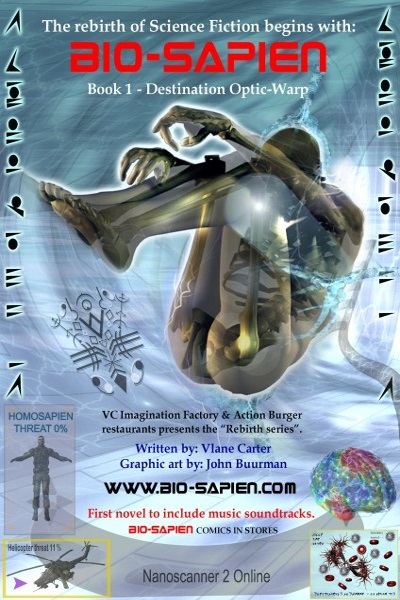 IMAGINE discovering a UFO and then having to hide inside of it after the elite unit of the army chases you to it in an attempt to kill you. Imagine having an out of body experience and flying a very advanced spaceship by pure thought. Going against jetfighters and making a mockery of the United States Air force. Imagine having your nerves and senses connected with the ship and feeling what the ship does.

Imagine traveling from Earth to Jupiter in 30 minutes and then exploring Jupiter’s ice ocean moon Europa, what ocean aliens will you encounter?

Imagine traveling towards our Sun at the speed of light and thinking you are going to die, only to have your molecules vaporized with the spaceship and transported in subspace through a system called Optic-warp. Imagine waking up on an alien planet in the Andromeda Galaxy that uses virtual worlds as a home city. 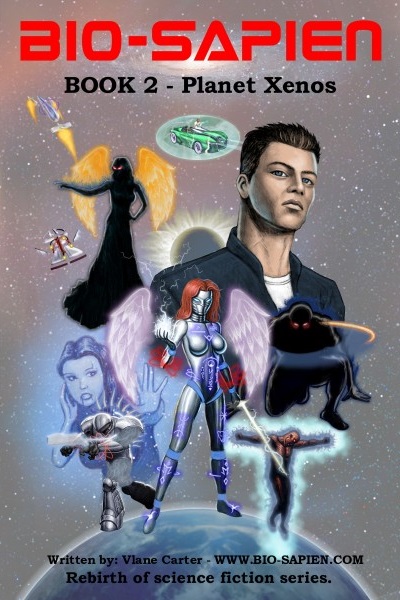 After Jaden is rescued after being kidnapped by the Darclonians in book 1, he wakes up in a virtual under water city on a planet called Xenos that is in the Andromeda galaxy 2.3 million light years from Earth. Bellona (his new Bio-mechanical alien friend) informs Jaden of everything that has taken place and he learns about a chain of events that is unfolding for Earth.

While on Xenos, Jaden plays in the Andromedian’s futuristic gravity games; flies around the planet without a body by using nanoeyes; observes the planet’s gravity tides; wars; joins a space team; races in (EIS) exoskeleton intergalactic spaceships and plays a virtual game of chess with alien pieces.

Bellona befriends Jaden and is his personal escort while he is a guest on Xenos. Bellona unintentionally develops a special interest for Jaden (Bellona used to be a carbon life form in her past life). She tries to understand his Catholic beliefs and explains her people’s long history on religion, technology and why he is there.