In 1974, Vlane was born in Long Branch, NJ. He grew up in NYC with his family and attended school in the city. Throughout Vlane’s childhood and teenage years, he always had a creative imagination. He decided to put some of his best ideas on paper and he wrote his first short story in 1990, titled: “Terry’s Nightmares,” A Sci-fi/ fantasy short story written for the teenage mind. It was a hit among his friends and classmates in the 10th grade.

Vlane wrote a short story for the NYC Youth Magazine in 1991, it was also a hit amongst teenagers all around the city. Vlane later wrote a 30 page Junior James bond type of short story in 1992. The intense action, adventure, and romance of the short story drew special attention from his friends and a publishing company. Vlane later attended John Jay College in Manhattan, NY, further honing his writing skills and creativity.

In the spring of 2006, a more mature, logical, imaginative and educated Vlane Carter began a new series called Bialien. Vlane wanted to write a book that Sci-fiction, and Science technology fans would love to read. He also wanted to write a book that was easy to read and fully explained so a general audience would be interested in reading as well.

Vlane wanted to write a book that was ahead of its time and make a statement in the Sci-fi world. Vlane adopted a cinematic writing style. He realized that, unfortunately, people are reading less and watching movies more. So writing a book in a style that kept the reader entertained and wanting to read page to page was very important. Jumping into the action and leaving a cliffhanger at the end of chapter 1 was top priority.

Vlane’s personal views on society, human relationships, and technological advances to save the planet and environment have always been integral in his stories. Bialien promises to give the reader something to think about long after finishing the book. It expands the reader’s imagination, inspiring many hours of discussion. 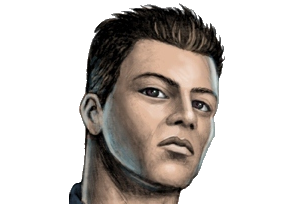