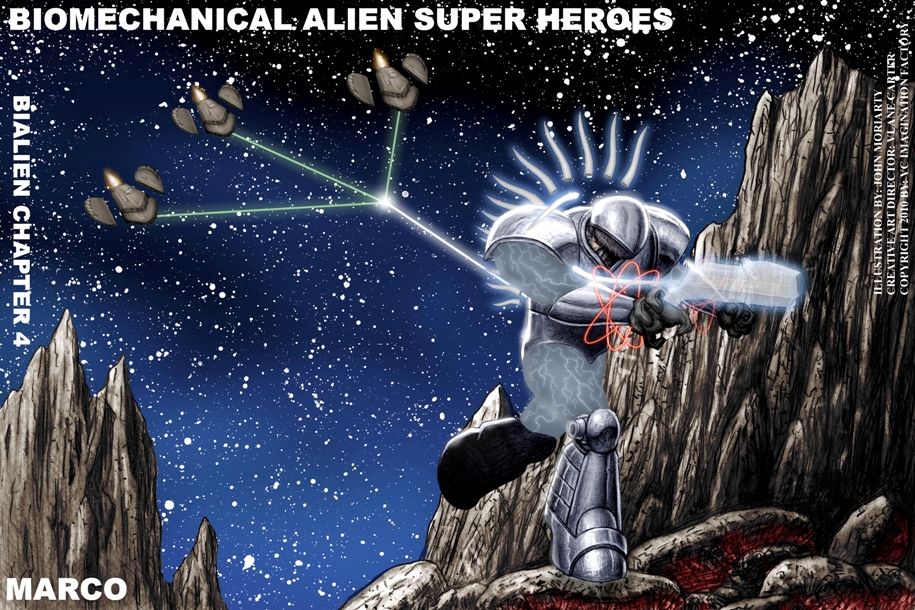 Weapons:
20 chrome spikes on back. Each chrome spike on his back is an advanced weapon. When Marco is in battle mode the spikes come out of his back and float a few inches behind him. When a spike passes through the molecule on his arm it transform the spike into one of the 20 weapons.